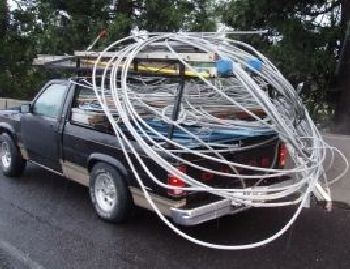 As part of a crack down by Gwent police has seen 21,000 cars being seized since April last year as a way of combating metal theft. There strategy has since been adopted by other police forces.

The new methods have seen 862 people arrested in connection with metal theft offences and a further 761 people summoned into court. Police in Wales have since adopted this method across all constabularies as the best method for fighting metal theft.

Since the fight against metal thefts, Gwent police have worked with other agencies and partners including VOSA, the Department of Work and Pensions, British Transport Police and the Environment Agency.

In July, two men were summoned to court for encroaching the rules of the scrap metal act of 1964. The two men failed to were unregistered and failed to keep records. This was the first successful conviction of its kind.

Chief Inspector Glyn Fernquest was quoted as saying: “The Force is making real progress in tackling this criminality and the fact that other forces are now adopting methods we have used to tackle metal thieves is testament to the skill and determination of our officers and our partner agencies.”

Police across the UK are now urging people with knowledge of metal thefts to come forward in order to stop the rise in crime.

We use cookies to ensure that we give you the best experience on our website. If you continue to use this site we will assume that you are happy with this.OkPrivacy policy